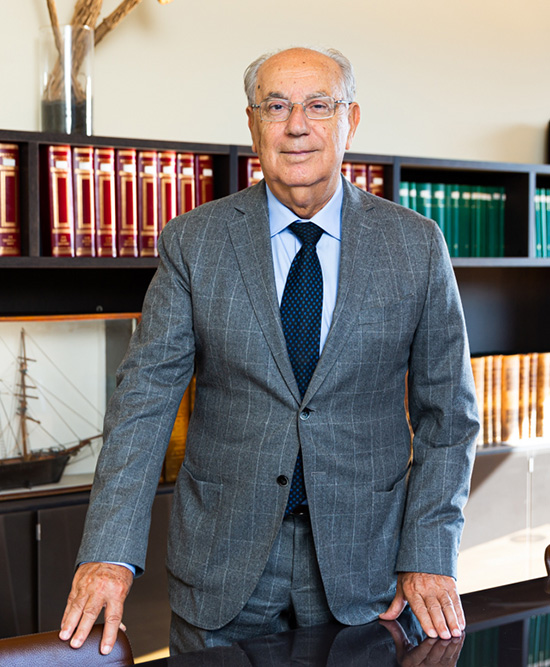 Born in Amalfi in 1937, he graduated in Law from Università Cattolica del Sacro Cuore, Milan, with a dissertation on trade union law.

He immediately began his legal training, and in 1963 he was admitted to the Bar in Milan, the city where his practice has always been based.

Salvatore soon built up solid experience in civil and commercial matters, later focusing mainly on advising and acting for clients in both contentious and non-contentious matters in the areas of employment law, trade union law and social insurance.

Starting from the early years of the 1970s, this latter activity increasingly involved the banking sector, so much so that leading domestic and international banks sought his advice both with regard to important litigation cases all over Italy, and with regard to major processes concerning mergers, de-mergers and transfers of undertaking.